Why metrology is vital to understanding climate change

To analyze climate change, we need reliable, globally comparable measurements and observations of numerous variables. That’s why MeteoMet was founded in 2011 to support climatologists by reducing data uncertainties and improving traceability.

As part of the European Metrology Research Programme (EMRP), MeteoMet is funded by the European Union and involves some 21 nations. Today, it unites the worlds of metrology and meteorology. In the past, the two communities had rarely worked together – but both came to realize they had a joint role to play in advancing our understanding of climate change.

“Climate study is based on understanding the evolution of a wide range of different quantities, with temperature as a key observable: it is our duty, as metrologists, to support and facilitate the data meteorologists and climatologists rely on”, explains Andrea Merlone, Senior Researcher at the Italian Istituto Nazionale di Ricerca Metrologica (INRiM) and coordinator of MeteoMet.

Today, MeteoMet has two key missions. First, it enables a better understanding of the quality of past and current data by associating quantifiable uncertainty to measurements. “Except in rare cases, climate data comes from metrological observations”, notes Andrea Merlone, “and that means multiple variables can influence readings.” As such, the team attaches a percentage of uncertainty to each measurement depending on how, when and where it was taken. This involves accounting for all potential factors of uncertainty, such as snow-reflected radiation, the cooling effects of rain or the proximity of a road, which can disrupt sensors.

Recently, members of MeteoMet were part of a team commissioned to validate two record-high temperatures of 54.0 °C, recorded in Kuwait in July 2016 and Pakistan in May 2017. After factoring in different parameters and calibrating the thermometers, the adjusted temperatures came in at 53.87 °C for Kuwait (with an uncertainty of 0.08 degrees) and 53.72 °C for Pakistan (with an uncertainty of 0.40 degrees). This makes them the third and fourth highest temperature of all time, and the highest ever recorded in Asia.

The second key mission of MeteoMet is to support the next generation of climatologists by providing fit-for-purpose data. This will eliminate the need to apply complicated mathematical formula to offset data discrepancies.

The organization’s very first project fell into this category. It consisted of improving calibration techniques in remote monitoring locations. In places like the Himalayas or the Arctic, the extreme weather means instruments are usually sent away to distant laboratories for calibration. As well as being unavailable for long periods, this means the tools are calibrated in conditions far-removed from the reality of their everyday use. After considerable work in the field, the MeteoMet team has developed special portable chambers, enabling sensors to be calibrated on site under their normal operating conditions.

“We believe it is essential to get out of the lab to understand the real needs of people on the ground”, says Andrea Merlone. Since its creation, MeteoMet included wide ranges of tasks and activities to improve instrumentation performances: from 6000 m under the sea (calibration and characterisation of deep sea thermometers) up to many kilometres in the troposphere (metrological comparison of radiosondes), to the underground (permafrost and ice caves) or on surface (reference stations for climatology), from urban environment, up to the high mountains and the poles. Recently, precious oceanographic data was gathered thanks to a sensor attached to the boat of yachtsman Fabrice Amedeo while he was competing in the Transat Jacques Vabre, a France-to-Brazil sailing competition*.

Andrea Merlone and his team are hands-on scientists. Their investigations have taken them to the Everest Pyramid at 5050 m altitude. And they helped install a metrology lab at 300 m in the Alps, in order to measure permafrost temperature with calibrated sensors.

Other achievements include performing an inter-comparison of meteorological labs in Europe and in Asia, with Africa and South America to come next. The team has also developed valuable new equipment to simulate real-world atmospheric conditions of instruments in the lab. And they’ve helped strengthen scientific relationships by launching the bi-annual conference “Metrology for Meteorology and Climate”.

Looking ahead, MeteoMet has plenty of projects in the pipeline – from prototyping a Climate Reference Station to leading a comparison of thermometers and solar shields in the arctic station of Ny-Ålesund, Norway.

One major goal is to find a common climate metrology definition of air temperature. “It may sound simple”, explains Andrea Merlone, “but at present there’s not an agreed definition of what actually thermometers used in climate metrology are actually measuring. The response of these thermometers is a mix of thermodynamic heat transfers, including radiation, convection, conduction, condensation, which we call temperature. The conditions of calibrating thermometers are also very important”. For example, when the calibration of a platinum resistance thermometer is carried out in a liquid, even though the instrument is destined to measure a gas (air), we have to determine self-heating component under conditions close to use (thermostatic or climatic chambers, refrigerators or non-ventilated freezer…).

Applying its usual rigour and attention to details, the team is working with 24 nations to ensure air temperature can be recorded accurately, coherently and consistently all around the world. And, for scientists of the future, that level of precision could prove invaluable as they continue to work on better understanding climate change. 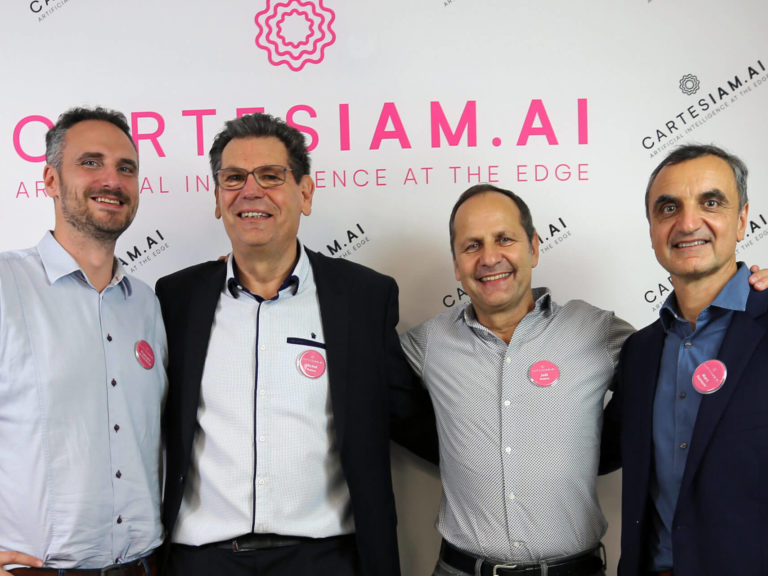 Why is metrology essential for industry?